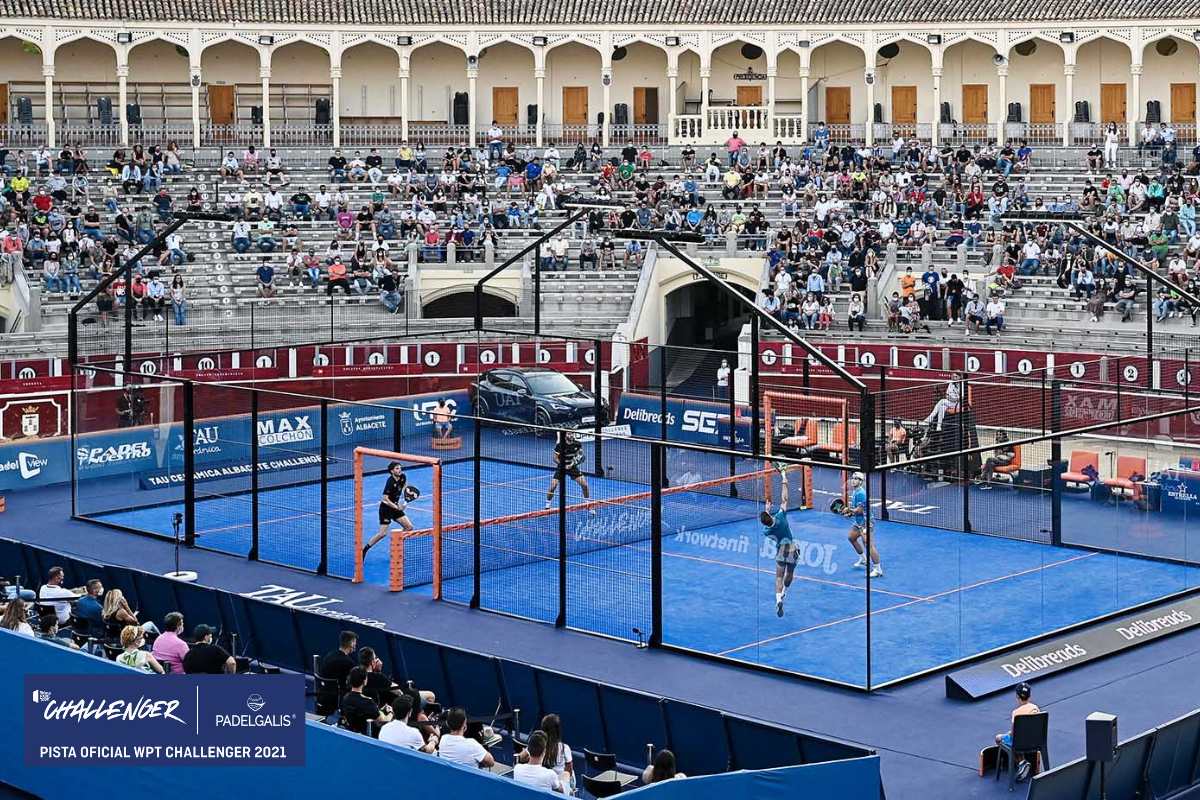 In 2021, the global industry leader Padel Galis signed a contract with the organisers of the relaunched World Padel Tour Challenger, Ultimate Padel Company (UPC), for the manufacturing and installation of the special edition WPT Challenger panoramic court, with its characteristic tubeless corner design, blue grass and orange lines.

Following on from its success as the official courts of the World Padel Tour in 2020, Padel Galis – world leader in the design, manufacture and installation of padel courts – also became the supplier for the Challenger tournaments in 2021. The technical sponsorship contract signed between the Valencian company and Ultimate Padel Company (UPC) currently runs until the end of 2023, a time frame which also governs UPC’s operating agreement with the WPT Challenger tests.

As the chief executive of the Valencian company, Francisco Jesús Pérez Galisteo, observes, “Padel Galis’s position as the leading court provider for the World Padel Tour is currently assured until the end of 2023. This demonstration of trust in our work has also enabled us to become the supplier for the Challenger tournaments – a project which the entire team is hugely excited about, representing as it does an opportunity to continue to grow, learn and improve.

Here at PadelGalis we are lifelong fans of padel tennis, and are delighted to have the opportunity – alongside the World Padel Tour professional circuit – to continue advancing the sport,” he affirmed.

In 2022, as a result of this strong working relationship, the sole provider of official courts on the professional circuit and World Padel Tour collaborated on the marketing of a third court, multipurpose this time, in addition to the two WPT approved courts, the WPT Special Edition and the WPT Challenger.

Together with the Mundial court, these two panoramic courts represent Padel Galis’s best sellers. Nevertheless, its catalogue comprises three further models: Official Wilson Elite, Ultrapanoramic and Pro One, alongside an extensive list of services including the design, manufacture and installation of ‘turnkey’ padel courts, including any civil engineering necessary, maintenance and repairs.

Padel Galis has installed over 8,000 courts worldwide since 2016. Fans of this racket sport play on courts built by the Valencian firm in over 50 countries worldwide, particularly in Spain, Italy, Sweden, the United Arab Emirates and Mexico, with this latter home also to the South American branch of the company.

The special edition WPT Challenger model features panoramic rear and side walls in three metre high glass, with no corner tubes. It uses standardised reinforced 12 mm glass and electrowelded 50x50x4 wire mesh, featuring an anti-injury system and Galis corner light posts with 12x240W LED spotlights (for a total of 2,880W). The blue grass is made of textured monofilament fibre to ensure better grip, as used in the World Padel Tour, with the distinctive orange lines characteristic of the WPT Challenger.